Refractions of Reality: Philosophy and the Moving Image

Reviews:
'This book, in some sense, brings to an end a certain phase of film theorizing and instead looks toward something quite new: how theories have been written and how they may be written, how they fall into types, how these types are filling out not a logical grid but a grid of the anxieties we feel, and the defenses we erect toward the everyday. A wonderful, ground-breaking book.' - Edward Branigan (University of California, Santa Barbara), author of Projecting a Camera:
Language-Games in Film Theory and Narrative Comprehension and Film

'Highly original both in its concern for avoiding the illustrative approach generally favoured by philosophers, and in the speculative ambition that looms behind the critical edge of its readings of
contemporary film- philosophers. The very question "when does the film itself happen?" is a fundamental one, which is rarely addressed. Mullarkey is opening the door to a brand new type of philosophical engagement with films.' - Elie During (Université de Paris X-Nanterre),
author of Matrix: Machine philosophique

Description:
Why is film becoming increasingly important to philosophers? Is it because it can be a helpful tool in teaching philosophy, in illustrating it? Or is it because film can also think for itself, because it can create its own philosophy? In fact, a popular claim amongst ﬁlm-philosophers is that ﬁlm is no mere handmaiden to philosophy, that it does more than simply illustrate philosophical texts: rather, ﬁlm itself can philosophise in direct audio-visual terms. Approaches that purport to grant to film the possibility of being more than illustrative can be found in the subtractive ontology of Alain Badiou, the Wittgensteinian analyses of Stanley Cavell, and the materialist semiotics of Gilles Deleuze. In each case there is a claim that ﬁlm can think in its own way. Too often, however, when philosophers claim to find indigenous philosophical value in film, it is only on account of refracting it through their own thought: film philosophises because it accords with a favoured kind of extant philosophy.

Refractions of Reality: Philosophy and the Moving Image is the first book to examine all the central issues surrounding the vexed relationship between the film-image and philosophy. In it, John Mullarkey tackles the work of particular philosophers and theorists (Zizek, Deleuze, Cavell, Bordwell, Badiou, Branigan, Rancière, Frampton, and many others) as well as general philosophical positions (Analytical and Continental, Cognitivist and Culturalist, Psychoanalytic and Phenomenological). Moreover, he also offers an incisive analysis and explanation of several prominent forms of film theorising, providing a meta-logical account of their mutual advantages and deficiencies that will prove immensely useful to anyone interested in the details of
particular theories of film presently circulating, as well as correcting, revising, and re- visioning the field of film theory as a whole.

Throughout, Mullarkey asks whether the reduction of film to text is unavoidable. In particular: must philosophy (and theory) always transform ﬁlm into pre-texts for illustration? What would it take to imagine how ﬁlm might itself theorise without reducing it to standard forms of thought and philosophy? Finally, and fundamentally, must we change our deﬁnition of philosophy and even of thought itself in order to accommodate the speciﬁcities that come with the claim that ﬁlm can produce philosophical theory? If a ‘non-philosophy’ like film can think philosophically, what does that imply for orthodox theory and philosophy?

Preface: The Film-Envy of Philosophy
Who Wants to be a Philosopher Anyway?
Philosophical Cinema or Cinematic Philosophy?
Convergence on the Film Process: The Elan cinematique
Philosophy's Perpetual Identity Crisis

Introduction: Nobody Knows Anything!
Oh, They Both Make Such Good Arguments!
The Circular Logic of Paradigms and Examples
Between Theory and Post-Theory
Continental or Analytic? Once More Unto the Breach
Rapprochement or Impasse? Film as Relational Process
Towards a Non-Philosophical Cinema
Nobody Knows Everything: Knowing, Being, and Process

Chapter One: Illustrating Manuscripts
The Meta-en-scene
The Advent of High-Concept Cinema: Once Upon a Premise...
Extreme Pretexts
Philosophies Through Films
Gone to the Movies
Conclusion

Chapter Two: Bordwell and Other Cogitators
Introduction: Going Back to the Future
Classical and Arthouse: Hurray for Hollywood
Messages are for Western Union
Science, Empiricism, Culture
Closely Observed Frames
>From Reflection to Refraction
Play Time
Moving the Continuum
The Representationalist Axiom of Analytic Film-Philosophy

Chapter Four: Deleuze's Kinematic Philosophy
Deleuze's Ambivalence: Philosophia sive Cinema?
Cinema's Concepts
A Non-Reductive Materialism
>From Movement to Time: Images and Signs
Time Regained
Is Cinema Bergsonian?
Movement-Image and Time-Image: When is a Cut Irrational?
Films and their Makers: From the Automatic Art to the Autonomy of Art
Amongst the Deleuzians: A Thousand Tiny Examples
Conclusion

Chapter Six: Extended Cognitions and the Speeds of Cinema
Anderson's Elusive Reality
Branigan's Radial Camera
When is a Film? The Cinematic Event
Nothing Happening: Events in the Blink of An Eye
Bringing Us Up and Down to Speed

Chapter Eight: Refractions of Reality Or, What is Thinking Anyway?
Outline of an Outline
Affective Embodiment
New Mediations
Differential Spectatorship
Sound and False Fidelity
Acting Realism
Animal Cinema
A Non-Philosophy of Cinema
What is Thinking (Again)?
Conclusion: Code Unknown: A Bastard Theory for a Bastard Art 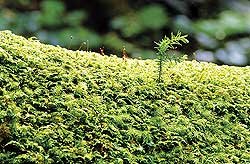